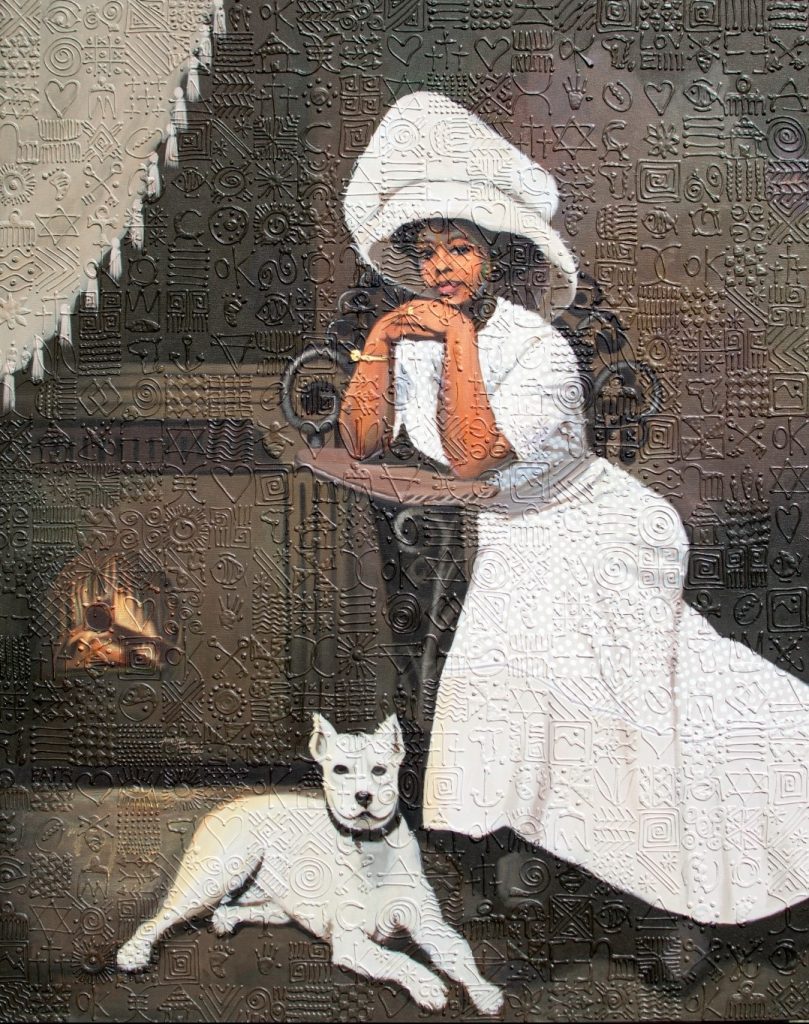 Mitochondria gallery is honored to present “Legacy”: A Solo Exhibition by Awodiya Toluwani “Legacy,” links the past, present, and future through artistic expression. The visuals of this exhibition depict black women in the Victorian Era, a time period where images of black women are often overlooked and excluded in documented history.

The exhibition celebrates black women for their intelligence, essence, beauty, and much more through artistic expression. Awodiya Toluwani portrays these figures of our past using figurative expressionism paintings, which are built on the plethora of layered motifs he creates on canvas.

These motifs are comprised of syllabograms, pictograms, and logograms, some of which are of historical significance that were used in communication within groups of West African cultures. Some of these motifs were created by Toluwani as he has placed his own meanings to these motifs to communicate with the viewers of his works.

We are honoring the legacies of those who came before us and we are building our legacies for those to follow. We take the lessons of our past, apply them to the present, because one day we will be the ancestors. Our stories today will one day be the stories of the past. Legacy. 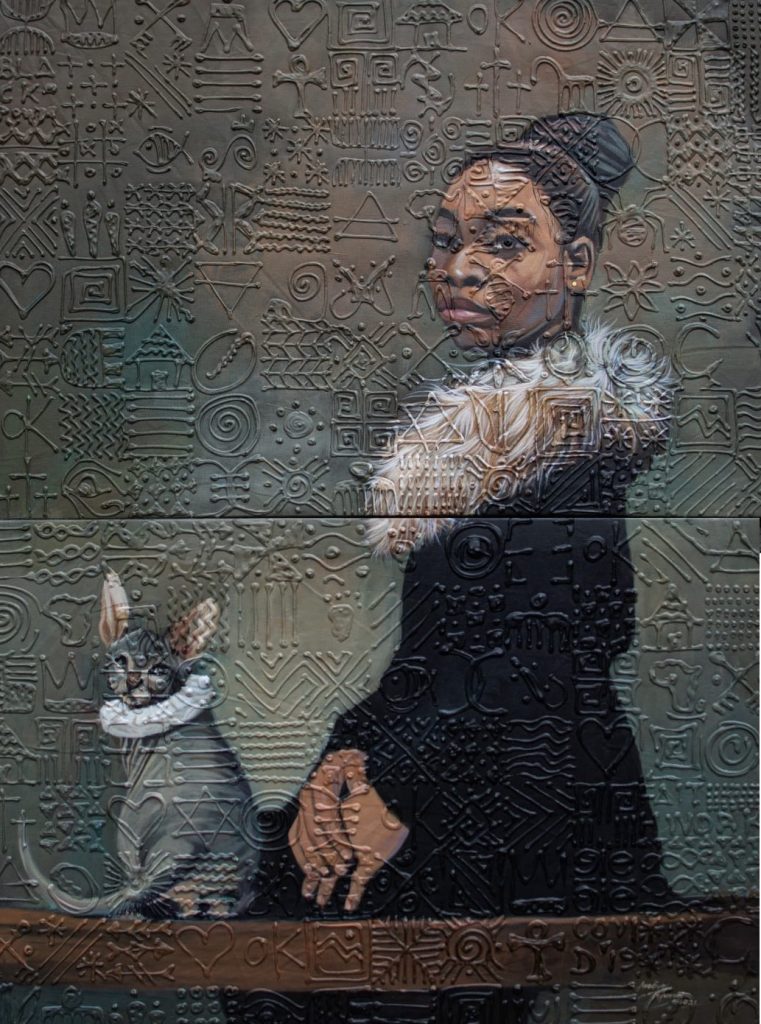 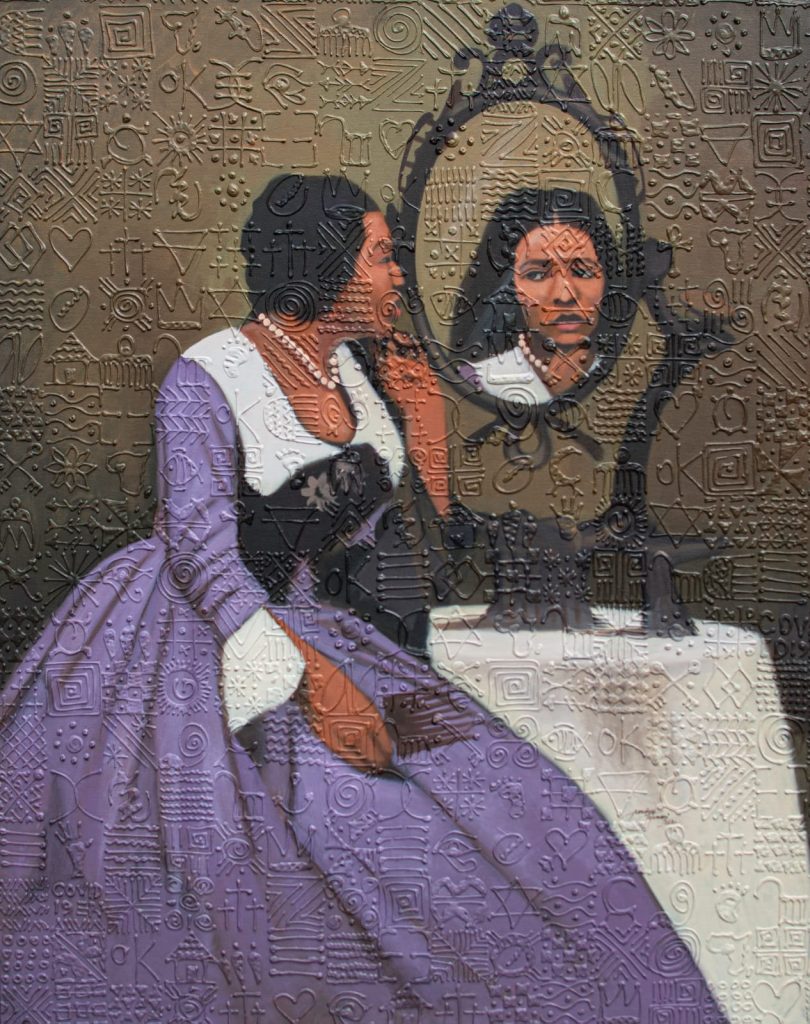 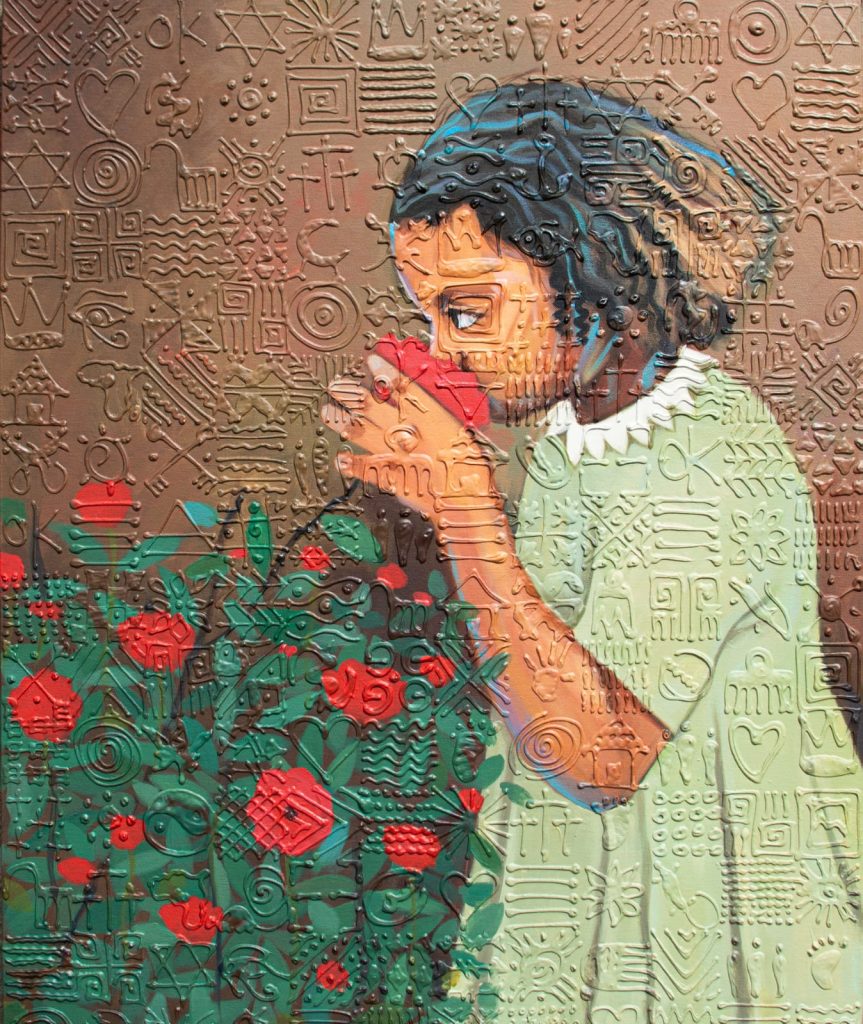 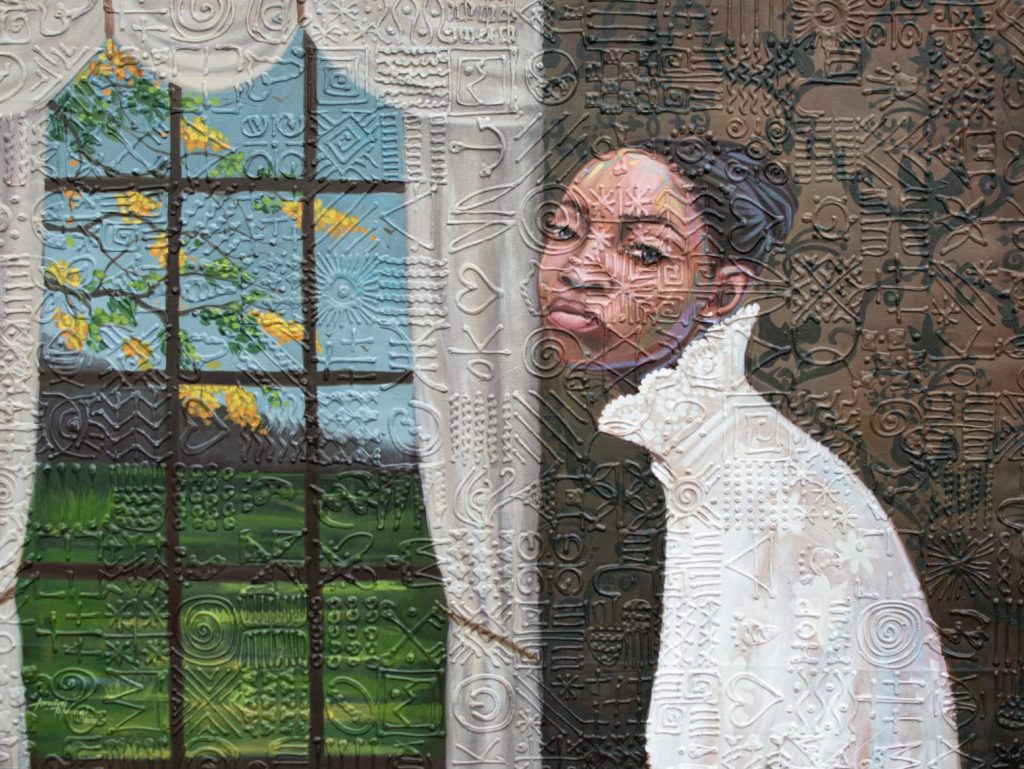 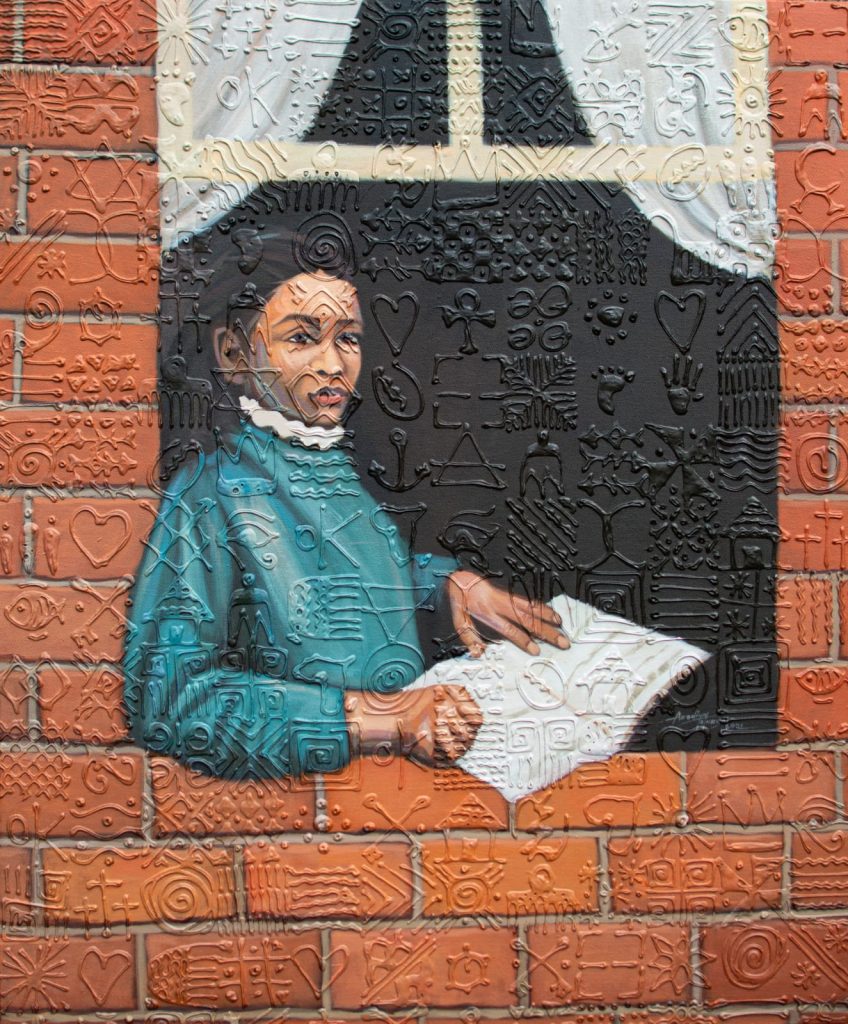 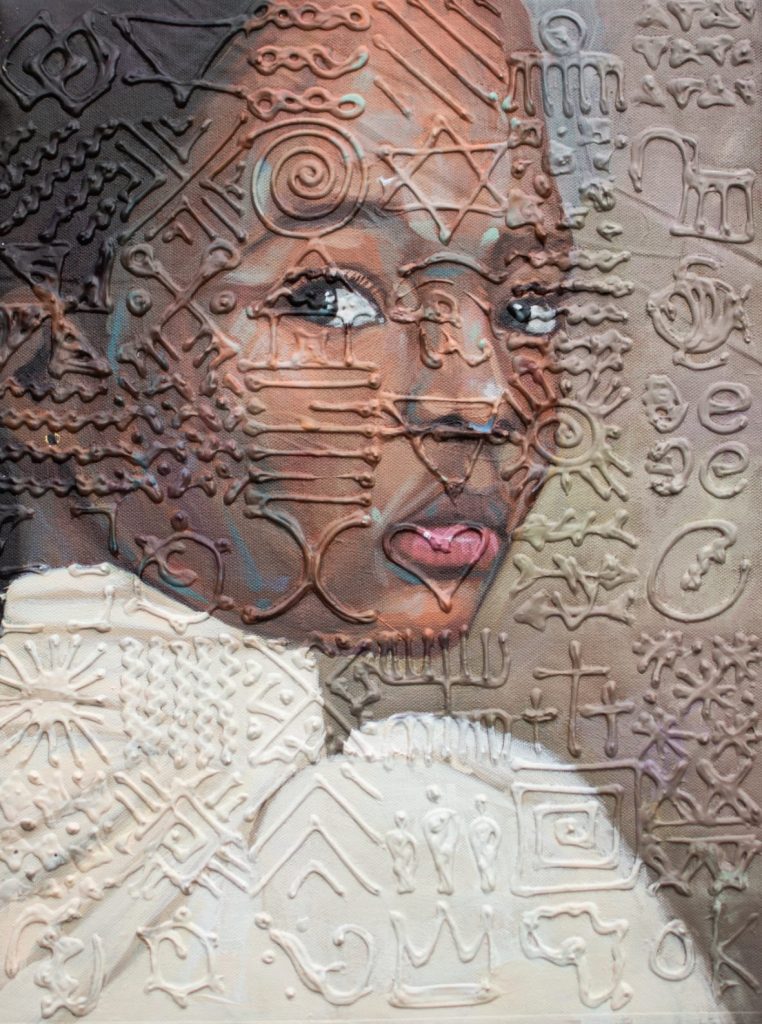 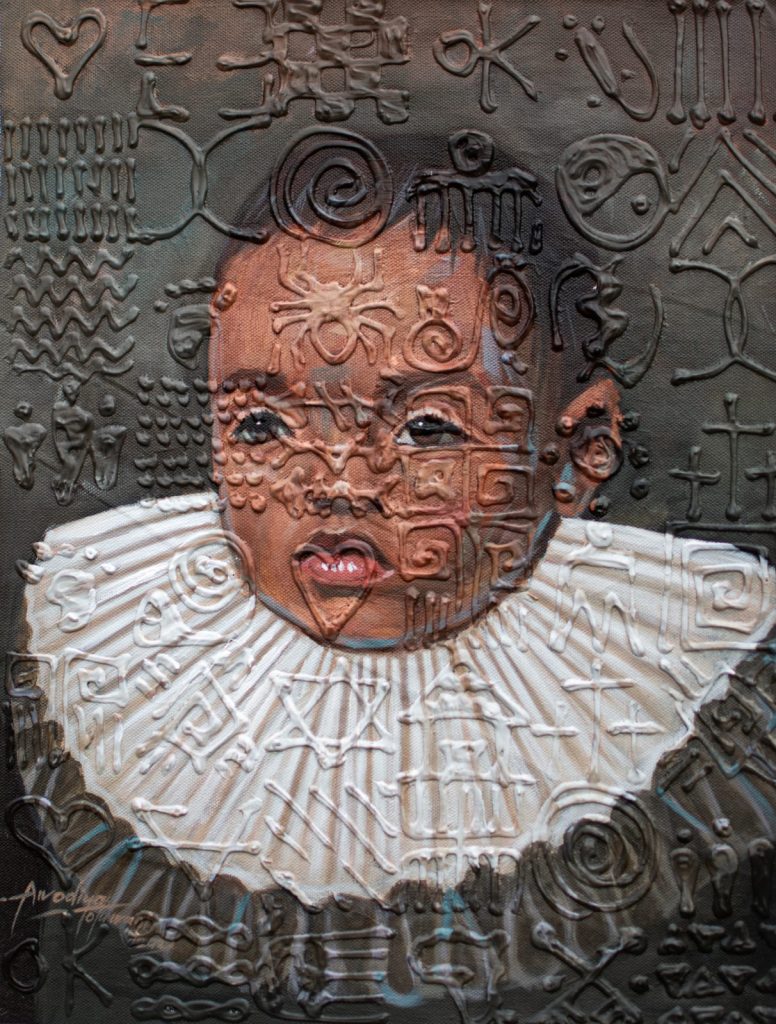 History is a very essential part of human existence. It gives us a better understanding of lives lived in the past, better ways to live in the present and what legacy to leave for the future generations. In my works, culture and history become visually tangible concepts that show my ideas, imagination, feelings, and experiences which I have lived or gleaned from my cultural background and in my many (local) travels.

Legacy takes a critical view of sociocultural issues faced by Black women during the Victorian era. It typically examines the values, history, and activities from an age where being a Black woman was not enough. Legacy makes an attempt to celebrate Black women from that era so we can know where we are coming from and where we are heading.

My technique draws largely from the use of Adire (from the Yorubas; Southwest Nigeria), Adinkra (from Ghana), the Nsibidi (from the Ejagham people from Southeast Nigeria) and many more African cultures. The use of thousands of African symbolic units of motifs creates striking patterns. However, it does so in such a way as to immerse the observer, almost in a mystical way, in the collective cultural experience of the Africans. High relief traditional motifs/ symbols are incorporated within an array of units placed on the background.

The high relief textures in the works are imitation of scars. We as Africans have two major sources of scars. One is from a place of pain, while the other is from a place of culture, beliefs and faith popularly called tribal marks. The physical and emotional scars are received from slavery. These scars were received from whips and lashes of canes. Some still bear these scars emotionally and physically. Tribal marks are scars that were intentionally given to Africans for a number of reasons. Some were for identification (during local wars), spiritual reasons, a form of aesthetic, rites of passage and so on. Legacy shares our story not with ignorance but with acknowledgement of our pains and the gains of our scars. Our scars didn’t break us, they make us better. 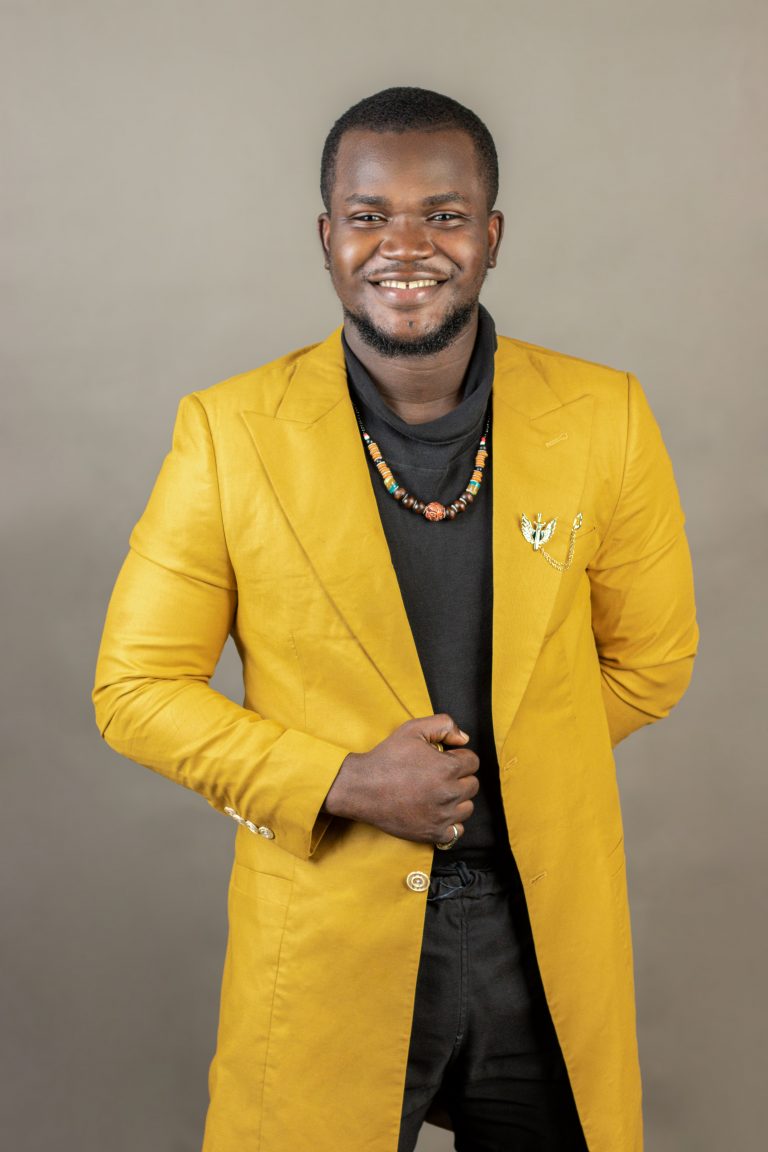 Awodiya Toluwani is a Nigerian Artist and a member of the Society of Nigerian Artists (SNA). Born in Nigeria, Toluwani grew up in Ogun State where he had his Primary and Secondary Education. He further proceeded to study Fine and Applied Arts at the Obafemi Awolowo University, Ile-Ife, Osun State. After graduating in 2017, Awodiya Toluwani remained a full time artist best known for his symbolic style of the “Afro Art”, combining symbols, bold colors, and expressive strokes with his use of symbols and dynamism in style, medium and approach with an Afrocentric vibe.

He currently works with the largest gallery in Nigeria, Nike Art Gallery, Lekki, Nigeria and Mitochondria Gallery in Texas, USA. Awodiya Toluwani Samson loves to sketch, paint, draw, enjoys swimming, visiting the gym and listening to music and also takes a lot of interest in creating music with the guitar.

Toluwani’s works are in private collections across Africa, North America, the Caribbean, and Europe. He has been involved in various projects and exhibitions which include: